Evaritus Lau
Blogs for gundam fans ~ Even though not that frequent updating, but will try my best to put my blog in better shape ~ ^^ Some of the my gunpla are built according from other sources such as Dengeki Hobby, Hobby Japan & other modeling sites. Feel free to leave comments on my blog, so that I could improve 'em. =)

Yesh another MC model get into my palms ~

It's 1 hell of a huge SD kit that never been release from Bandai. 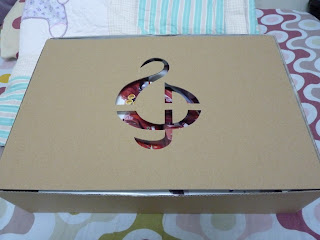 Brilliant idea on the box packaging. So let's take a look on the contents. 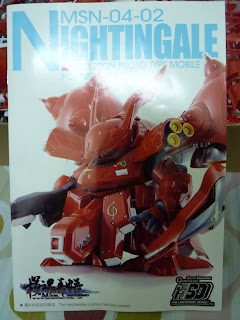 Manual book. Oh wow, it makes me so eager to fix this beast. 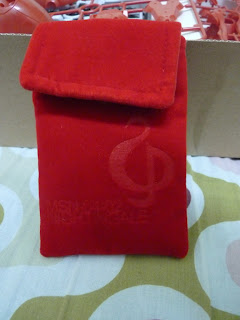 A nice pouch with insignia of Char's MS unit. 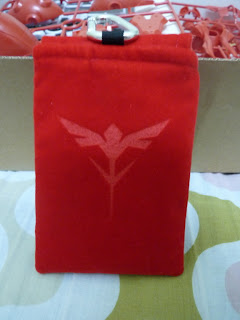 Plus, a Neo Zeon logo.

Now, to the runners. As always, I fear this kit would have the massive flaws just like the old times' bootleg kit...err wait, I did mention that Bandai never release this kit before right ? So bootleg would sounds wrong to it..^^"

Anyway, let's take a look on the parts. 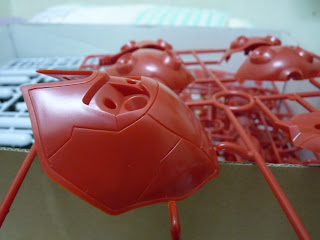 Clean. But bad gates. Some of the parts already fell off from the runners, damn. Hope nub marks won't gimme the headache. 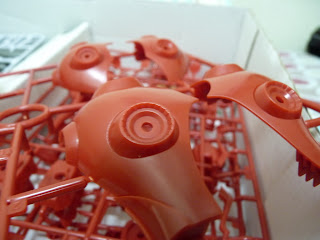 Serious details is really serious. I just RIKE it. =D 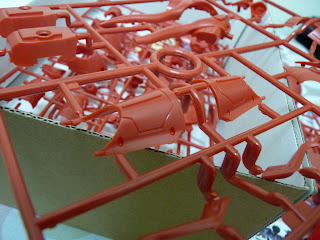 Again, pointing out the bad gates spotted on some parts. 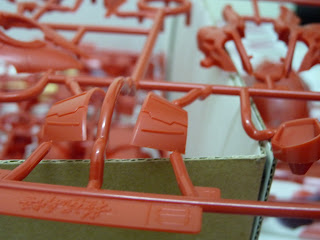 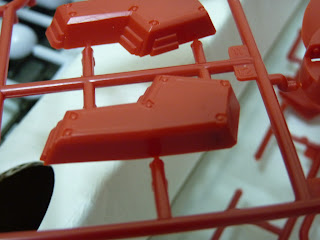 Amount of details is enormous, enough to take your sweet time to do it. 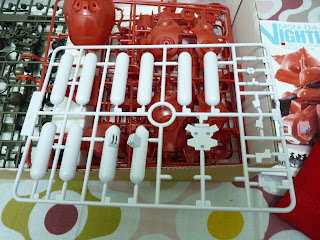 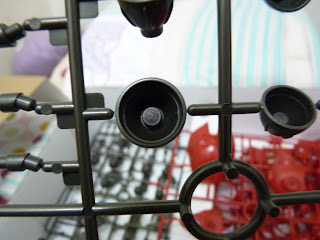 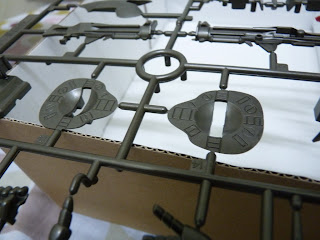 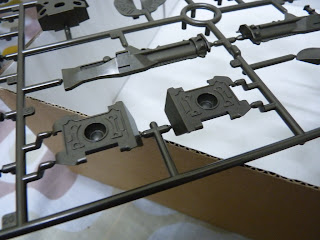 Too bad, it's not for posing purpose though, more likely like Ver.Ka but more restriction movement. Oh forget to mention, it includes LED for the eye. MONO EYE FTW.

hoho, bro got this too :D
saw it at my local bootleg store, along with gundoom. both priced the same tho ^^;;;

i saw one bootleg version in IOI mall puchong today.. i never thought the box for it is as big as some MG kit.. lot of china version sd over there also..

Ah, MC gundoom Hi-Nu ? I've seen 1 but it isn't the actual kit, but rather than just a conversion parts though....was waiting for that too...

This kit ? Yep the box is as big as MG box, example, almost same big as Destiny normal box.

wait, issit conversion kit? i think the one under planning right now is a full kit, IMO, nice lor, ever have effect parts for funnels :D

Cool box design, it adds a touch of class and... a POUCH~! Bandai NEVER gave us one of those in their (special ed.) kits. >(

Well I never get the full story just yet, but some say it is for the upcoming release, a full kit = YESH !

Man, so many people got this SD kit already.

How much did ya kidnap this for? :D

So this is pirated model? damn, they also give nice freebies...

Yeah, too many peeps getting this already.

Well I got mine thru lowyat forum. Check it out when have time.

Yes, a pirate kit with freebies.